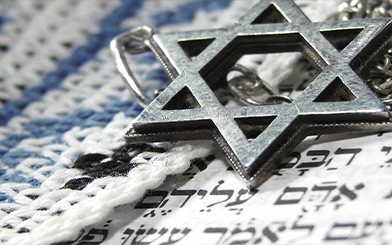 George was already receiving low-cost mental health counseling from a Federation family service partner when his close friend of 25 years passed away from COVID-19, putting George in a state of crisis. His friend was estranged from family, had made no advance funeral arrangements for himself, and had no one to arrange for his burial. The grief George felt over his friend’s death was compounded because George felt helpless and guilty. He did not have the resources to carry out his friend’s final wishes – to be buried according to Jewish law. That’s when George’s therapist reached out to Jewish Federation.

With the network and resources to help, Federation leaped into action. We provided the cemetery plot needed and connected George to a local rabbi and Jewish funeral home who agreed to provide a burial and service in dignity and accordance with Jewish law.

The mental health counseling, free cemetery plot, and valuable connections made George feel supported in his state of complicated grief. He was relieved that he could help fulfill his friend’s last wishes.

Federation is often called on to help find or provide Jewish cemetery plots, rabbis, and burial services for people who might otherwise not be able to afford them. The plots are typically donated to Federation for this purpose by former residents who move away from the area.

Additionally, through our partners at the Jewish Cemetery Management Corporation in the Heart of NJ, Federation supports efforts to manage, operate, and maintain abandoned Jewish cemeteries in our area. These efforts preserve the future of Jewish cemeteries in NJ and honor the memory of those who came before us.