Direct from the Consulate General of Israel - New York

Some additional updates regarding the situation:

The events unfolding in Jerusalem are part of a planned, violent gathering of rioters led by the terrorist group Hamas and the Palestinian Authority. Their goal is to incite violence and unrest in the city of Jerusalem for political gain.

This week’s events are part of a wave of terror led by the terrorist organization Hamas, resulting from reckless and irresponsible incitement to commit violence. Senior members of the terrorist organization Hamas have made public calls for violence. In recent days, terrorists in Gaza have launched rockets and incendiary balloons, causing widespread wild fires and severe damage. The head of the Palestinian Islamic Jihad (PIJ) published a call to escalate the Intifada, and encourage the public to sustain their violent actions and continue the fight.

Starting in the early hours of last night, Palestinian rioters prepared large piles of rocks, stones, steel beams, and firecrackers with the intent of using them against Israeli police forces and Jews in general.

On the Temple Mount, rioters created barricades and shelters to be used during altercations with police. Stones and rocks were transferred in wheelbarrows and scattered in piles across the area. Rioters prepared to use houses of worship, including inside Al Aqsa Mosque, as their bases without considering the holy nature of the location.

Around 8:00am IST, rioters inside Al Aqsa began throwing rocks outside Al Aqsa Mosque. Around 8:30am, rioters began attacking the police outpost with stones and fireworks, risking the lives of officers present. Due to imminent danger, Israeli police were forced to disperse the rioters from the area. The violent unrest at the Temple Mount continues to unfold in waves.

Arab media networks, as well as social media posts from the Temple Mount, are fueling the already heightened emotions by broadcasting live and spreading false information. Qatari and Turkish television networks are the most prominent in the spreading of misinformation. For instance, the press published false information claiming there had been one fatality at the Temple Mount. This false claim was then intensified and shared on social media.

In spite of the violence, Israel Security Forces are not closing the Temple Mount to Ramadan prayers.

Israel has taken every measure possible to maintain calm and prevent escalated tensions and violence. The Supreme Court decided to postpone the hearing of the evictions in Sheikh Jarrah, and the Police Commissioner has also decided to restrict the entrance of Jews to the Temple Mount. All of these efforts to alieve tensions have been answered with more violence and acts of terror.

Additionally, the Israeli Police have decided to change the course of today’s Jerusalem Day Flag March, preventing the procession from going through the Muslim Quarter and Damascus Gate.

Since the unification of Jerusalem in 1967, Israel has gone to great efforts to allow for the freedoms of religion and worship for all faiths in the Holy City for hundreds of millions of people—Jews, Christians, and Muslims— across the world.

What is happening in Jerusalem is not a struggle over the freedom of worship but rather politically motivated violence.

Israel will not allow a group of violent rioters to prevent Jewish worshipers from visiting the Western Wall or hindering anyone’s right to worship freely.

The responsibility for the violence unfolding in Jerusalem falls entirely on the Palestinian Authority, the terrorist organization Hamas, and all other terror groups.

We call on the international community to assist in restoring calm to Jerusalem and to prevent further incitement by terrorist groups and the Palestinian Authority. 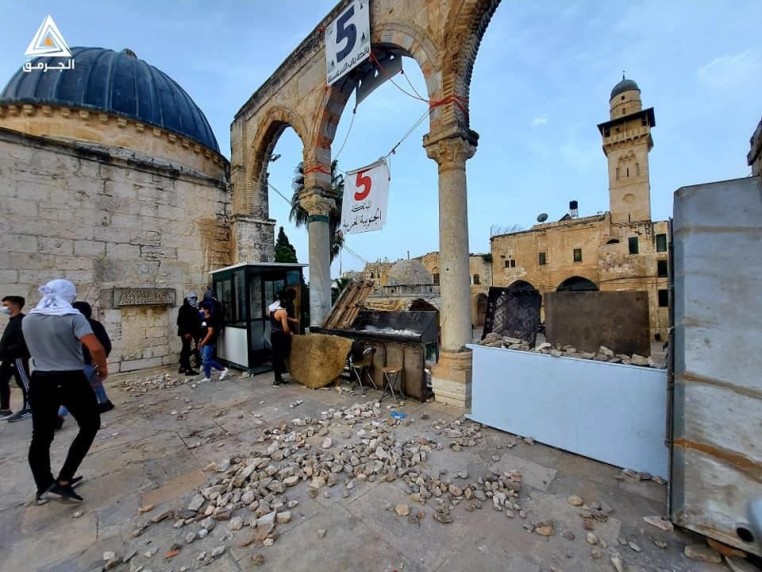 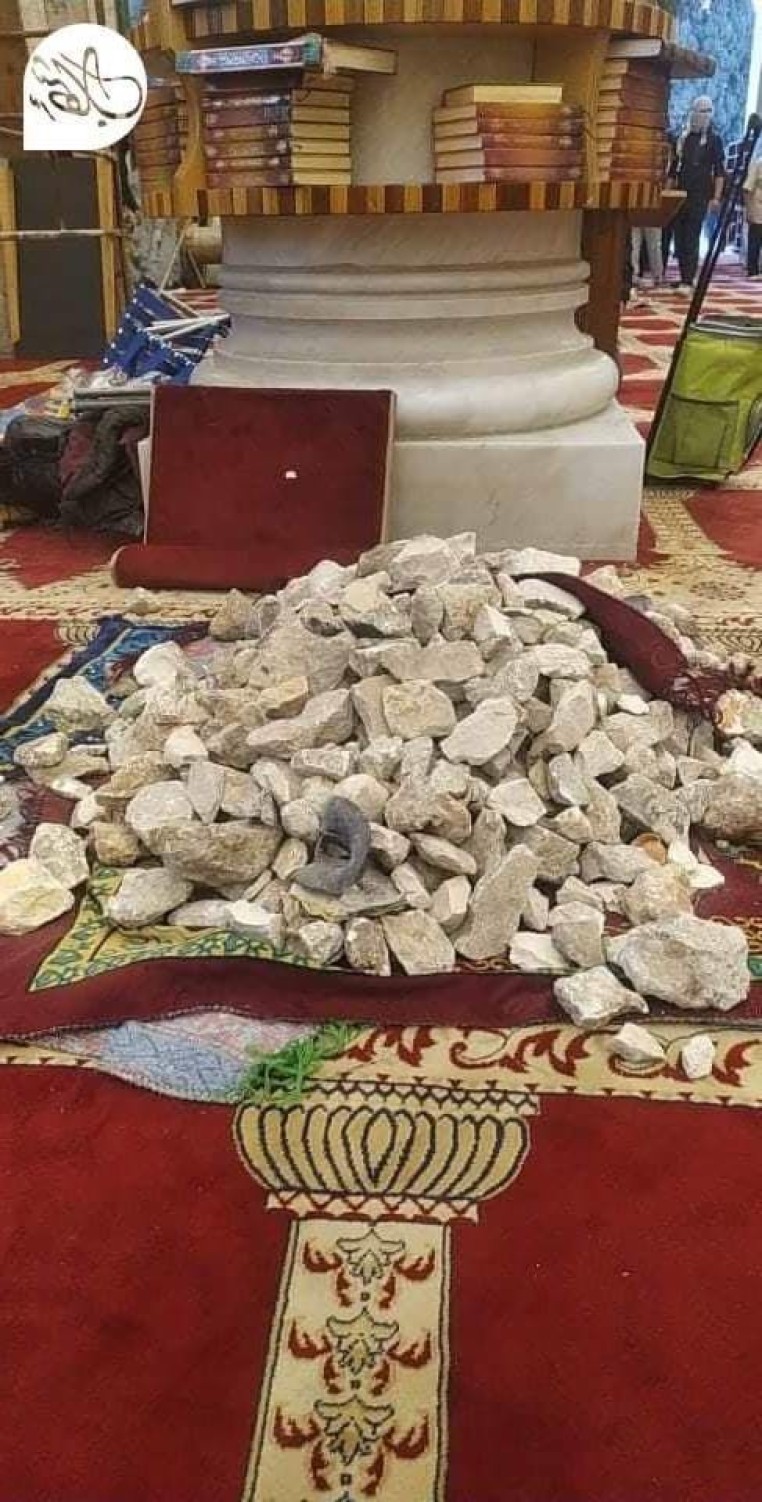 Some additional updates regarding the situation:

1. Jerusalem - We are currently in a sensitive period, culminating tomorrow, May 10th, Yom Yerushalayim. Hamas is exploiting this period, the sensitive religious and national sentiment, in order to incite violence, inflame the situation in Jerusalem, and strengthen its own position in Judea and Samaria. Israel is committed to ensuring every religion’s freedoms of worship and religion in Jerusalem.

2. Sheikh Jarrah – The Supreme Court has canceled the hearing tomorrow (5/10).  In the meantime it has ordered a stay of the verdict handed down by the lower court in this matter.  Subsequently, the eviction of the residents of Sheikh Jarrah will not go forward at this time. This is not a dispute with the State of Israel. This is a proprietary legal dispute between private actors which has proceeded through all of the judicial stages. In Israel, as in every law-abiding country, property rights and court rulings are respected. Israel rejects the attempt by Hamas and the Palestinian Authority to turn this legal matter into a nationalist struggle and cause for the incitement of violence.

3. The situation in Southern Israel - The Israel Fire and Rescue Services reported that more than 40 fires were caused by incendiary balloons flown from the Gaza Strip. Terrorists in Gaza fired 4 rockets toward Israel, 2 of them exploded inside Gaza, endangering Palestinian civilians.

Yesterday, the last Friday of Ramadan, tens of thousands of people participated in prayers on the Temple Mount. That evening, following days of incitement by the Palestinian Authority and terror groups, including Hamas, riots broke out on the Temple Mount, with thousands taking part, violently clashing with police forces at the scene. Police responded with riot control measures.

Violence broke out in Jerusalem again this evening. Earlier today terrorists in Gaza fired a rocket toward Israel. In response, IDF aircraft struck a Hamas military post in southern Gaza.

Numerous incidences of violence and terrorism in recent days are the result of incitement by the Palestinian Authority and terrorist organizations. The reckless incitement has led to disruptions of public order, riots, an attempted terrorist attack at the Salem checkpoint, a shooting at Tapuah junction, violence at Damascus Gate and arson balloon launches from Gaza.

The responsibility for the flare-up in violence over recent weeks falls on Mahmoud Abbas and the terrorist organizations that are fanning the flames and inciting the residents of East Jerusalem.

Israel maintains freedom of worship in Jerusalem, and will ensure that Muslims, Jews and Christians are able to continue worshiping during the upcoming holidays. Freedom of worship (for all), freedom of expression and right to protest are paramount but must be weighed against public security and safety. Israel will continue to protect Jerusalem’s residents and visitors and will not allow clashes and disruptions in the city.

We want and hope that the holidays will be celebrated peacefully and fully. Israel Police is entrusted with maintaining law and order in Jerusalem and will act to enable planned events in the city to take place and to prevent any harm to public order, and certainly any incidences of violence and terrorism.

Our goal is to safeguard the freedom of worship, and to deescalate the situation and bring quiet back to the city.

Israel calls on the international community and all those involved to work towards deescalating the situation and to refrain from encouraging or justifying violence.

The issue of Sheikh Jarrah is a legal matter that is being deliberated in the Supreme Court, after having been deliberated in two previous courts. Israel rejects the attempt by terrorist to turn this legal matter into a nationalist struggle and cause for the incitement of violence.