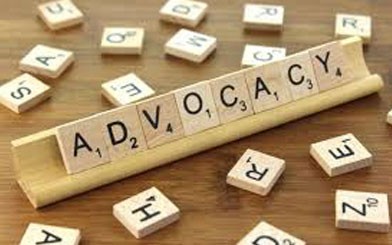 Responding to a long-time supporter who asked what Federation is doing about antisemitism, Federation recently issued this report. We appreciate community members sharing feedback about Federation's efforts to combat antisemitism. That passion is well placed; voicing concerns validates our purpose and resource deployment, and energizes us all to remain vigilant.

Jewish Federation in the Heart of NJ engages in proactive and reactive measures to help preempt, mitigate, legislate, investigate, prosecute, rectify, prepare for, and protect against hidden and overt manifestations of antisemitism. We prioritize direct working interactions with those in positions to make and enforce practices, policies, laws, penalties, and other protections against bias and hate-based harm.

Astutely, some point to the fact that often our work is “unseen.” You might say we are in the kitchen making the sausage. In fact, if you’ll pardon the metaphor, we are not just in the kitchen, we are in the field raising the chickens, growing the herbs. Without our roll-up-your-sleeves, behind the scenes work, there are no sausage — no results, nothing changed, nothing gained.

Our work is primarily:

Secondarily, when resources permit, we selectively participate in, promote, and support constructive demonstrations intended to bring attention to important issues in our community, e.g. a hyper-local vigil in Highland Park and a mega march in New York City.

We value the role of such demonstrations in heightening attention on an issue and encouraging leaders to take action. Unfortunately, demonstrations often generate millions of dollars’ worth of publicity and donations to the causes and organizers on the other side of the street; they divide the Jewish community instead of strengthening us against antisemitism; and worse, yet — and somewhat counter-intuitively — they can make it more difficult for people in power to support the Jewish community.

We — the universal we — are not likely to demonstrate OR legislate OR educate our way to ending antisemitism in many lifetimes, if ever. At the end of the day, we must optimize laws, funding, curricula, allies, policing practices and the like, while never relenting on efforts to fight hate in hearts and minds, one person at a time.

We have seen that the most effective ways of turning the type of awareness that demonstrations achieve into outcomes are, in fact, direct government advocacy, alliance building, security initiatives, and education.

Given Federation's obligation to use donors’ monetary contributions in ways that produce results, our donors may be reassured our work in these areas produces the greatest return on investment.

The following partial list of recent Federation actions and outcomes presents the breadth and depth of our work and impact on behalf of the Jewish community and our peace-loving allies in the fight against all hate.

We remain committed to making the most of them in making Jewish life stronger, safer, more supportive, and sustainable today and for generations to come.

JEWISH FEDERATION IN THE HEART OF NEW JERSEY
OVERVIEW OF ACTIONS & OUTCOMES AIMED AT COMBATTING ANTISEMITISM
as of  JULY 27, 2022

Given the rise in antisemitism and the growth of the movement to boycott divest from, and sanction Israel (BDS), Federation is taking concrete steps to firmly push back against detrimental biases, actions, and rhetoric in our community and beyond.

We appreciate our valued partners from the public and private sectors, including government, law enforcement, education, and many faith communities. We are committed to working together to make inroads against antisemitism and all forms of hate —ultimately bringing tools to bear to better address it on multiple fronts:

Focus: Supporting elected leaders and public officials in meeting the needs of the Jewish community

Jewish Federation security initiatives invest in making the places where Jews and our neighbors gather safer and more secure.

Focus: Supporting average citizens who want to more effectively fight antisemitism, hate, and anti-Israel sentiment in the community at large

Thoughts on Tisha B'Av this year